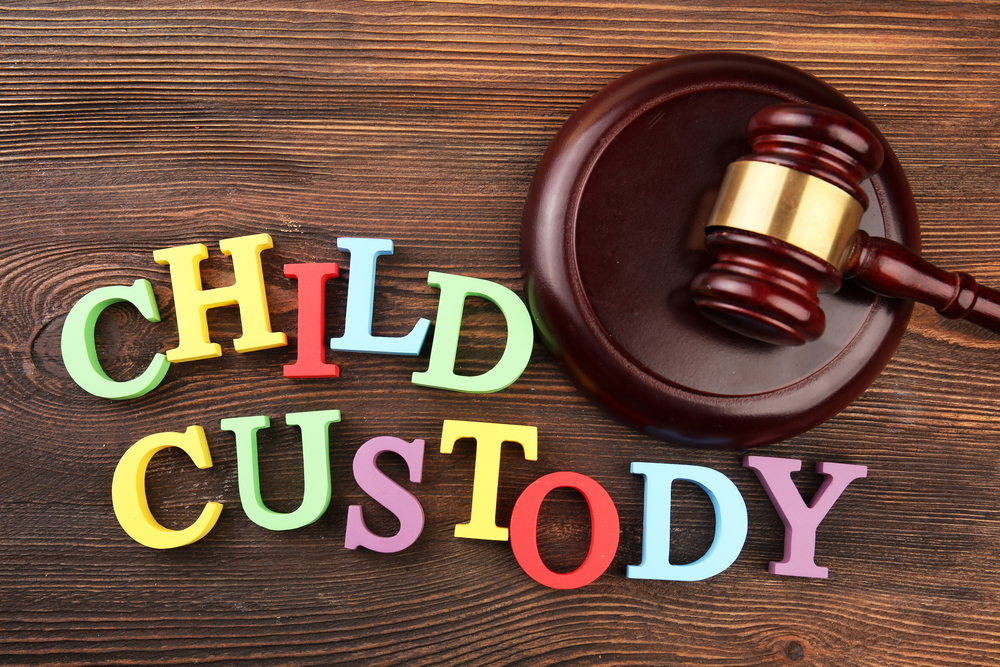 When parents of minor children in Utah choose to divorce or legal separate, a court must determine the custody arrangement for the minor children going forward. Usually, the court will adopt a custody arrangement that has been agreed on by the parents. However, if the parents can’t agree, then the court will hold a trial, take evidence and decide physical custody (who the children will live with), parent-time (also known as “visitation”), and legal custody (decision-making authority) based on the “best interests of the children.” Every situation is unique, but you can expect the judge to choose one of the following four types of custody arrangements.

Historically, this was the standard, but is becoming less common. One parent is chosen for the children to live with, and that same parent is given authority to make all the important decisions with respect to the children. The other parent gets standard parent-time (visitation) of one evening a week, every other weekend, half of the holidays, 4 weeks during the summer, and (hopefully) a voice, but not a choice, in making decisions regarding the children.

Because of a fairly recent statutory preference for joint legal custody, this custody arrangement is probably the most common today. One parent is still designated as the parent who the children will primarily live with, but the other parent may get expanded parent-time where s/he may get one overnight every week, and an extended weekend every other weekend where s/he gets to keep the children until Monday morning, and half of the summer, in addition to half of the holidays. When it comes to decision making, both parents at least have to listen to each other and take each other’s opinions into account before any important decision is made regarding the children. If the parents can’t agree, then there must be a mechanism established to break the deadlock. This can range from designating one parent to “make the final decision,” to going to court and letting the judge decide.

This is probably the second most common custody arrangement today. Under this arrangement, the children essentially have two homes that they split their time between on either a 50/50 basis, or something close to it, and decision-making authority is awarded to the parents on a joint basis as discussed in the immediately prior paragraph.

Custody of their minor children is usually the most important issue for divorcing or legally separating parents, can be complicated, and is often a source of considerable disagreement and contention between the parents. As a result, you’ll probably want to get good legal advice and assistance.

At J.D. Milliner and Associates, we have extensive experience in Utah divorce and family law. With offices located in the Sugarhouse area of Salt Lake City, and in Orem, Utah, our attorneys work with clients throughout the Wasatch Front, and the Wasatch Back, and you can count on us to provide the legal advice and support you need to secure the best reasonable result for you and your children. For a free consultation with a Utah child custody attorney, contact our offices at 801-505-5600 today.

NOTE: This article is for informational purposes only and should not be construed as providing legal advice. Use of this site does not create an attorney-client relationship. Contact an attorney to obtain legal advice.

J.D. Milliner & Associates, P.C. - SLC
3.8
Based on 20 reviews
Parris Bellon (.
21:45 25 May 22
David and his team did a wonderful job taking care of my divorce case and got me the parent time I deserve! I would highly recommend them to anyone. They always kept me well informed and if there were any changes to my case the let me know right away. Yes they do charge a bit but you get what you pay for and I would do it all over again with J.D. Milliner & Associates.
Ian M.
23:31 08 Dec 21
This legal team does not disappoint!I cold contacted David Milliner after a google search. I was going through a complicated divorce that spanned over a year and covered 2 states. He and his team were incredible. Not only was his consultation thorough & informative, but he was professional and friendly. He follows up!You can often tell when someone is dedicated to their craft and not just their paycheck. When a professional lives up to the ideals of the word's intended meaning. David Milliner is one of these folks. It was a great experience and I will recommend him & his firm as long as they are in business.If you disagree, SUE ME! I'll call JD Milliner first thing tomorrow!
John P.
03:14 22 Mar 21
Dave does great work and has wonderful expertise in business law, family law, probate law, and estate planning. I refer all of my family and friends to him if they ever need an attorney and have done so on numerous occasions. He gives great legal advice and also ensures that each client is given the best work and full attention to their case at a very reasonable rate.
Jamie B
16:54 15 Jun 20
Very professional law firm.
CowboyGear C.
21:57 17 Feb 20
I came to JD Milliner and assoc with a situation regarding a trust. Attorney Jacob Stone did an excellent job handling my situation. I would highly recommend Mr Stone and the rest of the staff at JD Milliner.Dennis Williams
Craig H.
23:14 14 May 19
These lawyers are honest and do their best for you.
Ethan H.
04:41 09 Feb 17
This firm handled my divorce better than I could've imagined. I had a crazy ex that would not budge on any of her demands, and somehow we came out on top. I was living in San Diego at the time and handled all of my communication with my lawyer Jennifer over Skype, email and cell phone. It worked out well and I was happy they could accommodate my needs with my unique living situation. Divorce is brutal, and these great people were very patient with me even when I was acting rude and frustrated (and I apologise for that). My ex hired a big shot lawyer that probably cost double what I paid and JD milliner pulled out some lawyer magic in our mediation. I was in shock and awe that they struck me the exact deal I wanted. My ex didn't even get close to what she asked for (she didn't deserve it trust me). This law firm is very professional, even in the face of my ex wife's lawyer acting out of line. They helped me out of the most stressful time in my life and for that I will always be grateful.
Cheryl B
04:03 09 Feb 17
I overheard a former domestic relations commissioner comment that if she were ever in need of an attorney, she would turn to David Milliner. I am glad that I did. At first, I was going to try to do my divorce on my own, but I soon realized there were many issues I had not considered. David brought many of these to my attention and made sure that my important immediate and future needs were addressed. I found him to be both assertive and reasonable.
Mario M.
19:25 08 Feb 17
My experience was great, going through multiple extremely complicated legal issues J.D. Milliner did a fantastic job. My assigned attorney left to pursue independent practice at the end of my case and J.D. Milliner approached the option to stay with them or transfer to the attorney who handled my case. That option or choice was to my best interest as the client, which I found honorable. I chose to let the attorney who handled my case to continue to do so regarding that specific legal issue. I continued with J.D. Milliner regarding my divorce and related divorce matters. End results were to my expectation and more.
Lorene G.
22:53 07 Feb 17
We found ourselves named in a bankruptcy trying to eliminate a debt owed to us. J.D. Milliner & Associates, P.C. got right on that and promptly filed the necessary paperwork to stop it. The Bankruptcy lawyer had used a few tricks to keep us from finding out about the bankruptcy until it was too late to do anything about it. J.D. Milliner & Associates, P.C. stopped that. They got us a judgement which covered our legal costs and the terms for our re- payment. It would not have happened without the professional help from this great firm and J.D. Milliner. Thank you.
Thomas G.
17:51 07 Feb 17
Extremely satisfied with my experience with J.D. Milliner & Associates. Their attorneys and staff were friendly, knowledgeable and very reliable. I couldn't appreciate their efforts any more. I would absolutely recommend J.D. Milliner & Associates to my friends and family who may need legal assistance.
J.D. Milliner & Associates, P.C.
1240 E 2100 S, #100
Salt Lake City, UT 84106
Phone: 801-505-5600
Monday-Friday: 9am-5pm
Orem Phone: 801-505-5615