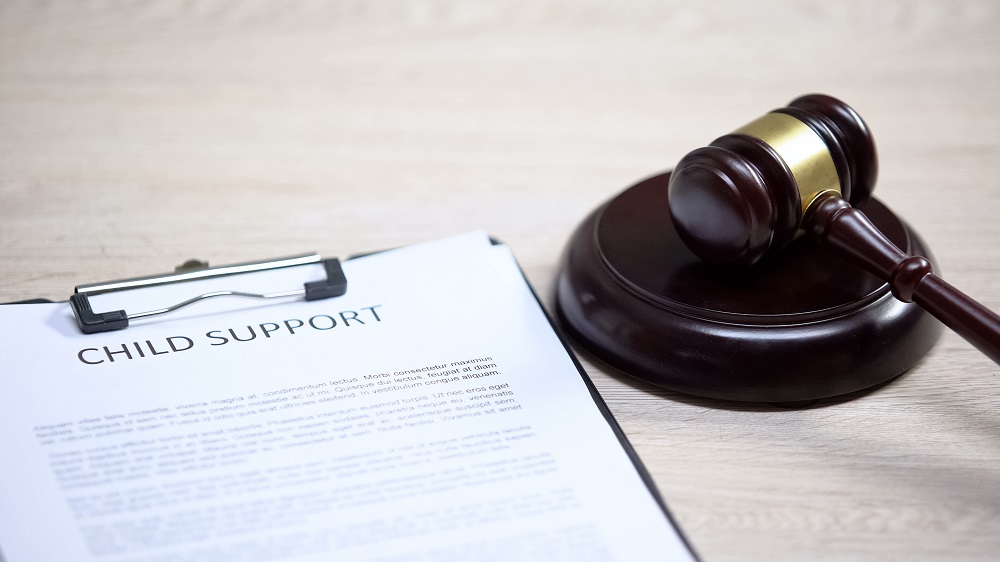 In many divorce situations where children are involved, child support will be a significant area of concern for both parties. Utah child support laws function based on statute, where the parents’ combined income is determined and the “non-custodial” parent(or in a 50/50 joint custody situation, the parent who earns the most)is ordered to pay his or her portion of the total statutory support to the “custodial”or other parent.At the Utahlaw offices of JD Milliner & Associates, PC, we’ve assisted numerous clients with virtually all aspects of child support and child custody situations within our family law practice.

Unfortunately, parents who are ordered to pay child support don’t always do so, which creates what is known in the area of family law as a “child support arrearage” that equals the amount of unpaid child support that is past due.

Paying child support pursuant to a court order is a legal responsibility for which there are ramifications if payments are not made. There may be several reasons for a parent not paying, including a lack of money, withholding payment due to conflicts between the parents, or just plain stubborn defiance.There are two types of child support arrearages:

Obtaining a Judgment for a Child Support Arrearage

If you have an arrearage situation that requires a judgment before it can be collected, and you have already tried to get the payor parent to get caught up, but s/he is not cooperating with setting up and/or completing a payment plan, then you probably have no other option than obtaining a judgment for the amount of the arrearage if you want to collect it.  This is usually done by bringing an Order to Show Cause proceeding in the district court where you live with the children.  An Order to Show Cause is a special type of motion brought to enforce an existing court order, including a child support order.  In an Order to Show Cause proceeding, the non-compliant parent can be held in contempt and punished, including by being put in jail, depending on what their defenses are to the contempt charge, but in any event, the court will probably enter a judgment for the amount of the child support arrearage that is proved to its satisfaction, plus the reasonable attorney feesand costs incurred in obtaining the judgment.  All such judgments are part of the public record and are likely to appear on the debtor’s credit reports and background searches.

How a Child Support Judgment is Enforced

In Utah, the following enforcement measures may be taken to collect on a judgment for a child support arrearage:

Collection by the ORS

For more on child support anneals, or to learn about any of our family law or child custody services, speak to the staff at the Utah law offices of JD Milliner & Associates, PC today by calling 801-505-5600.

J.D. Milliner & Associates, P.C. - SLC
3.7
Based on 18 reviews
John P.
03:14 22 Mar 21
Dave does great work and has wonderful expertise in business law, family law, probate law, and estate planning. I refer all of my family and friends to him if they ever need an attorney and have done so on numerous occasions. He gives great legal advice and also ensures that each client is given the best work and full attention to their case at a very reasonable rate.
Jamie B
16:54 15 Jun 20
Very professional law firm.
CowboyGear C.
21:57 17 Feb 20
I came to JD Milliner and assoc with a situation regarding a trust. Attorney Jacob Stone did an excellent job handling my situation. I would highly recommend Mr Stone and the rest of the staff at JD Milliner.Dennis Williams
Craig H.
23:14 14 May 19
These lawyers are honest and do their best for you.
Ethan H.
04:41 09 Feb 17
This firm handled my divorce better than I could've imagined. I had a crazy ex that would not budge on any of her demands, and somehow we came out on top. I was living in San Diego at the time and handled all of my communication with my lawyer Jennifer over Skype, email and cell phone. It worked out well and I was happy they could accommodate my needs with my unique living situation. Divorce is brutal, and these great people were very patient with me even when I was acting rude and frustrated (and I apologise for that). My ex hired a big shot lawyer that probably cost double what I paid and JD milliner pulled out some lawyer magic in our mediation. I was in shock and awe that they struck me the exact deal I wanted. My ex didn't even get close to what she asked for (she didn't deserve it trust me). This law firm is very professional, even in the face of my ex wife's lawyer acting out of line. They helped me out of the most stressful time in my life and for that I will always be grateful.
Cheryl B
04:03 09 Feb 17
I overheard a former domestic relations commissioner comment that if she were ever in need of an attorney, she would turn to David Milliner. I am glad that I did. At first, I was going to try to do my divorce on my own, but I soon realized there were many issues I had not considered. David brought many of these to my attention and made sure that my important immediate and future needs were addressed. I found him to be both assertive and reasonable.
Mario M.
19:25 08 Feb 17
My experience was great, going through multiple extremely complicated legal issues J.D. Milliner did a fantastic job. My assigned attorney left to pursue independent practice at the end of my case and J.D. Milliner approached the option to stay with them or transfer to the attorney who handled my case. That option or choice was to my best interest as the client, which I found honorable. I chose to let the attorney who handled my case to continue to do so regarding that specific legal issue. I continued with J.D. Milliner regarding my divorce and related divorce matters. End results were to my expectation and more.
Lorene G.
22:53 07 Feb 17
We found ourselves named in a bankruptcy trying to eliminate a debt owed to us. J.D. Milliner & Associates, P.C. got right on that and promptly filed the necessary paperwork to stop it. The Bankruptcy lawyer had used a few tricks to keep us from finding out about the bankruptcy until it was too late to do anything about it. J.D. Milliner & Associates, P.C. stopped that. They got us a judgement which covered our legal costs and the terms for our re- payment. It would not have happened without the professional help from this great firm and J.D. Milliner. Thank you.
Thomas G.
17:51 07 Feb 17
Extremely satisfied with my experience with J.D. Milliner & Associates. Their attorneys and staff were friendly, knowledgeable and very reliable. I couldn't appreciate their efforts any more. I would absolutely recommend J.D. Milliner & Associates to my friends and family who may need legal assistance.
J.D. Milliner & Associates, P.C.
1240 E 2100 S, #100
Salt Lake City, UT 84106
Phone: 801-505-5600
Monday-Friday: 9am-5pm
Orem Phone: 801-505-5615