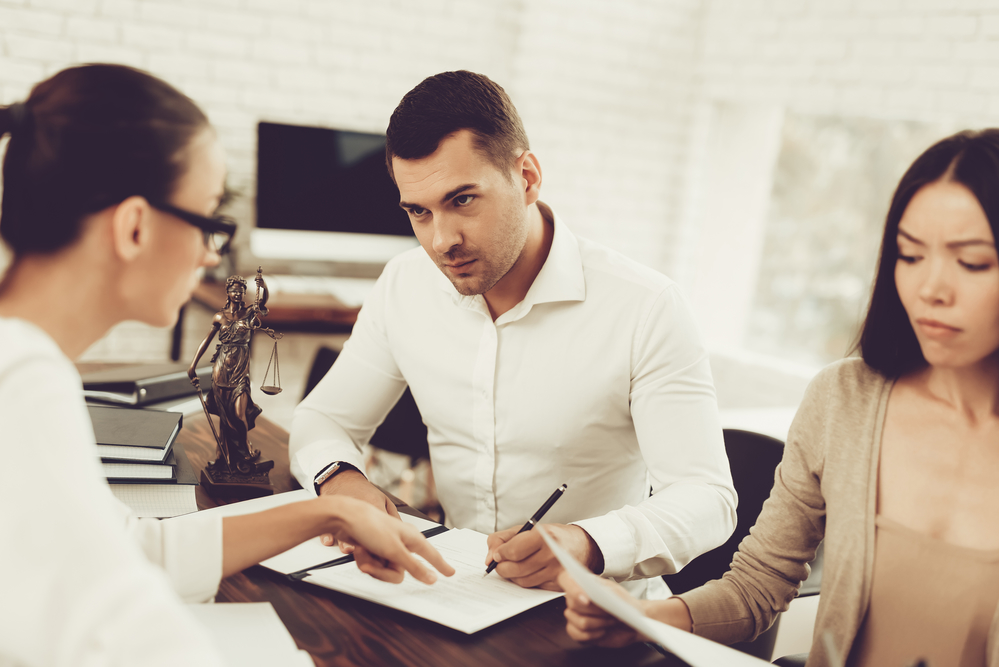 Rarely do the divorcing spouses agree on what an equitable split of the assets and debts looks like. That’s one of the reasons each spouse typically obtains his or her own divorce attorney to represent their interests in the divorce. If the lawyers are not able to negotiate an agreement, either directly or through the mediation process, then the court will decide what’s fair and equitable after a trial. Even if the parties have already come to an agreement on how assets will be divided, the judge must review and approve the agreement before the divorce can be finalized.

First, the court will look at all the assets of the parties regardless of whether they are owned jointly or separately. The assets may not even be directly owned by one of the parties, for example because they were put into a trust by one or both parties during the marriage.

Third, the court will divide all the non-separate or “marital property” equally between the parties.

Finally, the court will decide if the equal division is actually fair and equitable to the parties under all of the circumstances of the case. Usually, but not always, it will be.

One situation where the court may award more than half of the marital assets, or even some of the other spouse’s separate property, to one spouse is where the other spouse has “dissipated,” i.e., wasted, marital assets. Dissipation may happen, for example, where a spouse spends significant marital assets on riotous living in which the other spouse does not participate. The core focus would seem to be whether the expenditure was reasonably calculated to benefit the marriage, i.e., both spouses and/or their children, or whether it just benefitted one spouse and left everyone else out.

The court may also consider the duration of the marriage when determining how assets will be divided. If the marriage lasted only a short time, each party is more likely to be restored to the financial condition they had when they came into the marriage.

For marriages of longer duration, the court can consider a variety of factors including the ages of the parties and their relative income-earning capacities. If the spouses are both working and earning a fairly compatible income, the court is more likely to determine that an even split of assets is equitable. If there is a significant discrepancy in earning ability, the court is likely to look first at alimony as a potential way to alleviate the situation. However, if one of the spouses is receiving substantially more separate property but has little, if any, income from which s/he could pay alimony to the poorer spouse, then the court may consider giving the poorer spouse more than half of the marital property, or even some of the wealthier spouse’s separate property, to make up for the lack of alimony. But, the use of separate property in this way is likely to happen only in extreme cases.

The duration of the marriage is also an important factor where retirement assets, such as a 401(k) and/or IRA are involved. Generally, each spouse is entitled to half of the retirement benefits that accrued to the other spouse during the marriage by virtue of their own or their employer’s contributions to the retirement plan/account during the marriage. Getting those benefits out of the other spouse’s retirement accounts requires the drafting and entry of a Qualified Domestic Relations Order, or “QDRO,” that must meet specific requirements before it will be accepted by the administrator of the retirement plan/account. However, especially in shorter-term marriages it may be easier for the parties or the court to reach an equitable division by leaving the parties’ respective retirement benefits intact and making up any difference by awarding other assets to the spouse who would otherwise be entitled to a net benefit from the other spouse’s retirement account(s). Care should be exercised in this regard because assets in a retirement plan are typically, but not always, pre-tax assets, which means that they are subject to income taxes, including a 10% penalty for early withdrawal, when they are taken out of a qualified retirement plan. As a result, $1 inside a typical pre-tax retirement plan is not worth the same as $1 in a regular bank account.

Division of Debts in Divorce

J.D. Milliner & Associates, based in the Sugarhouse area of Salt Lake City, Utah, assists clients along the Wasatch Front and the Wasatch Back with all aspects of the Utah divorce process and related proceedings. We also provide legal services in the areas of Business Law, as well as estate planning, including wills and trusts, and probate services. Contact us today at 801-505-5600 to schedule a free consultation.

NOTE: This article is for informational purposes only and should not be construed as providing legal advice. Use of this website does not create an attorney-client relationship. Contact an attorney to obtain legal advice.